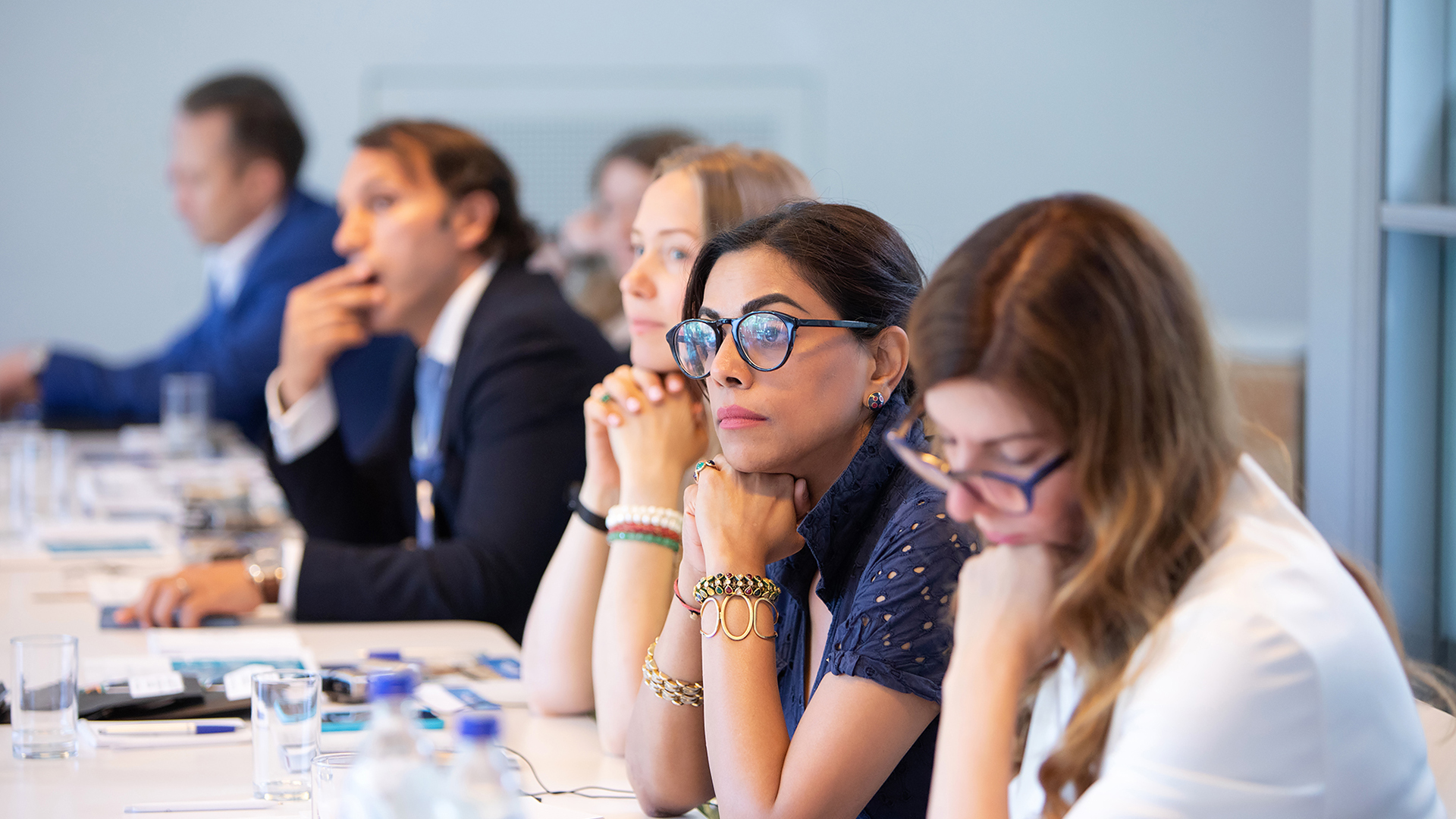 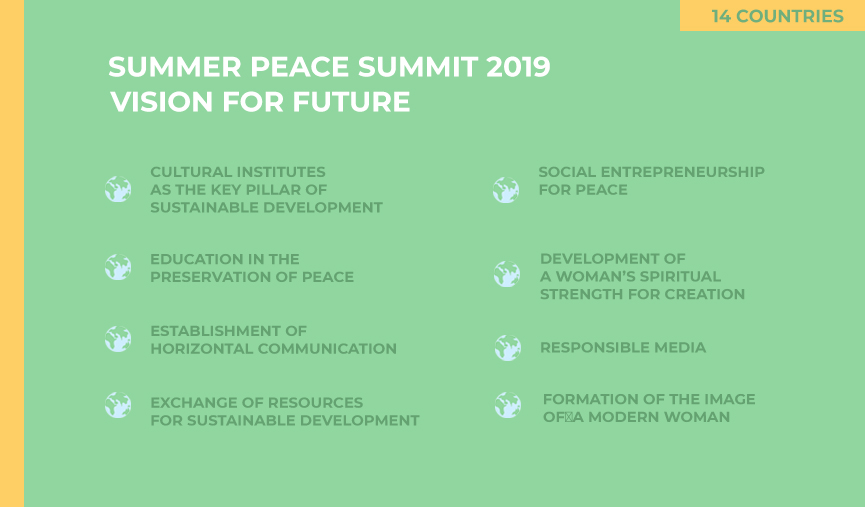 "Responsible Media For the Global Peace and Sustainable Development" - Memorandum

The First Summer Peace Summit took place in Belgium on June 28-29. The title topic of the meeting was VISION FOR FUTURE. The event brought together influential and concerned women from 14 countries. The Summit participants from different fields of activity discussed issues related to the preservation of peace and global development, exchanged their experience and ideas for joint work, and gave a start to a new project called the Peace 50 (P50) community. 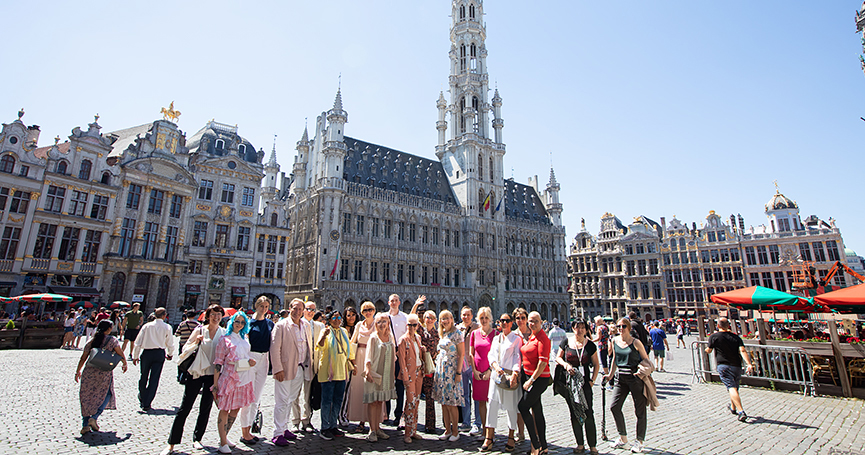 The event was moderated by the Summit organisers themselves: Barbara Dietrich, Editor-in-Chief of the Diplomatic World Magazine (Belgium), and Marina Volynkina, Head of the Global Women Media news agency (Russia). They also presented the initiative to create the P50 community consisting of women who feel socially responsible and make a great contribution to the preservation of peace. The main criteria for the selection of the participants were not so much their status in society and success in their careers but concrete actions, open-heartedness, and willingness to use their energy and mind for the benefit of people and the world in general.

The Summer Peace Summit was the first fundamental meeting of the P50 community. 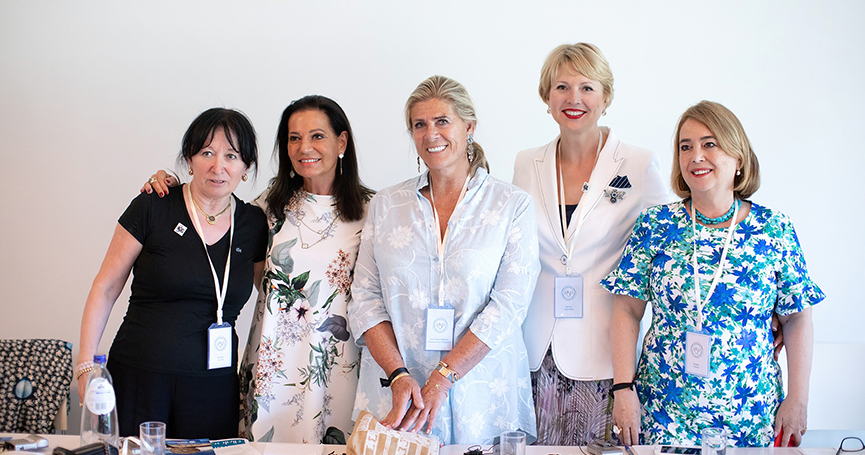 Her Royal Highness Princess Léa of Belgium became the distinguished guest at the Summit. She greeted the participants of the event and shared her own thoughts on the role of women in preserving peace and developing the world. 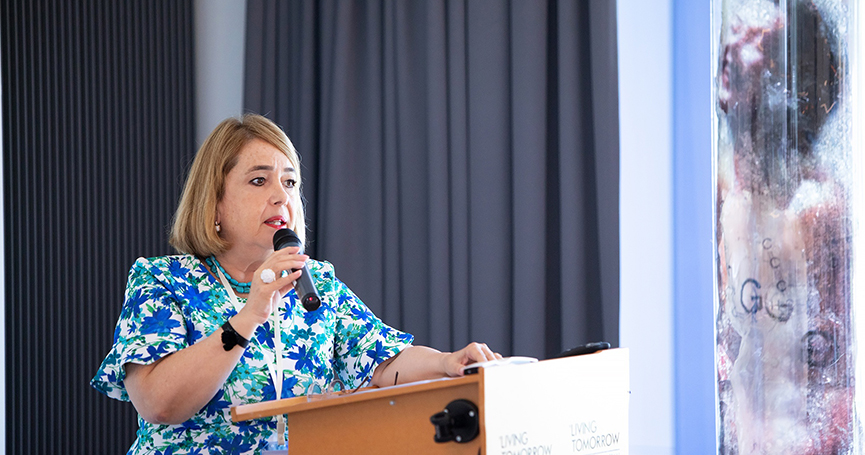 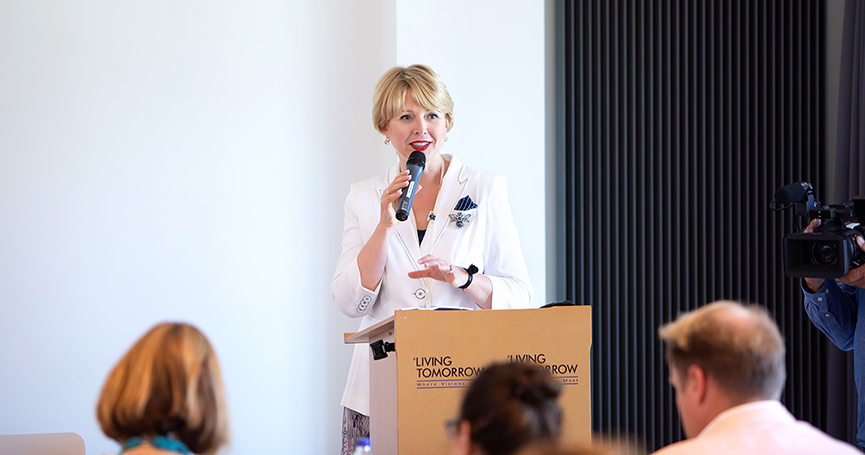 Nicole Stott, astronaut from the USA, sent her video message to the Summit participants.

The P50 participants unanimously emphasized: one of the most pressing issues of today are global security and sustainable harmonious development. At the same time, women leaders, leaders of non-governmental organisations, associations, and unions play an increasingly important role in addressing such issues. It is international events with women’s agenda that help active women interested in achieving real results find like-minders, thus expanding the horizons of their activities. 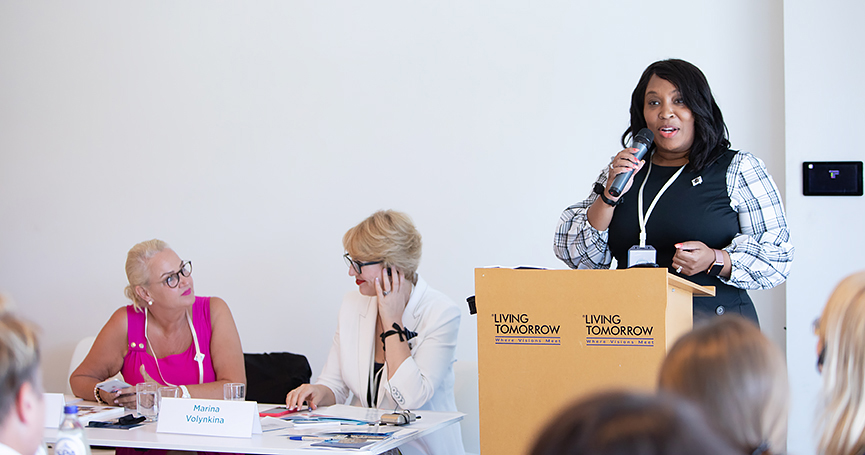 During the Summer Peace Summit, participants talked about the development of cultural institutions as an essential pillar for sustainable development and about the necessity of searching and increasing the scale of bringing up and education practices aimed at peaceful dialogue, cooperation, creativity, and development. Another key topic was corporate social responsibility and media’s responsibility before society. 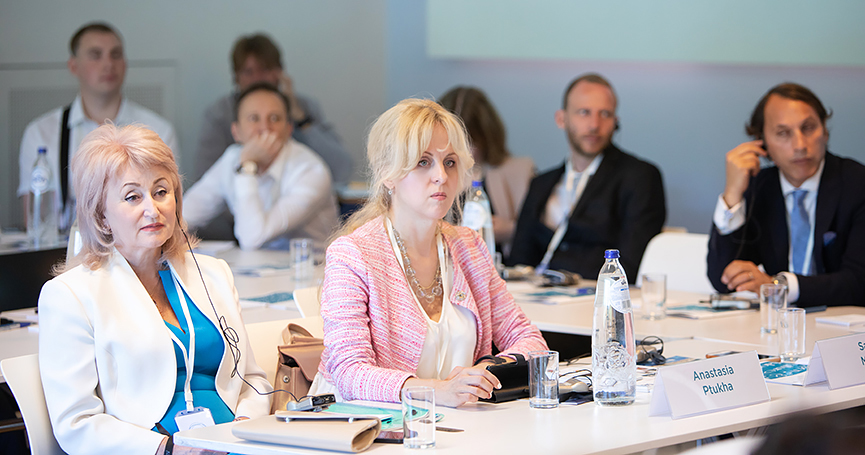 The key idea was linked to developing horizontal communication. According to the P50 participants, it is possible to save the world only by establishing communication from heart to heart. To do that, it is necessary to pay more attention to not strictly formal business cooperation but interaction based on universal values, sincere respect, and deep understanding. 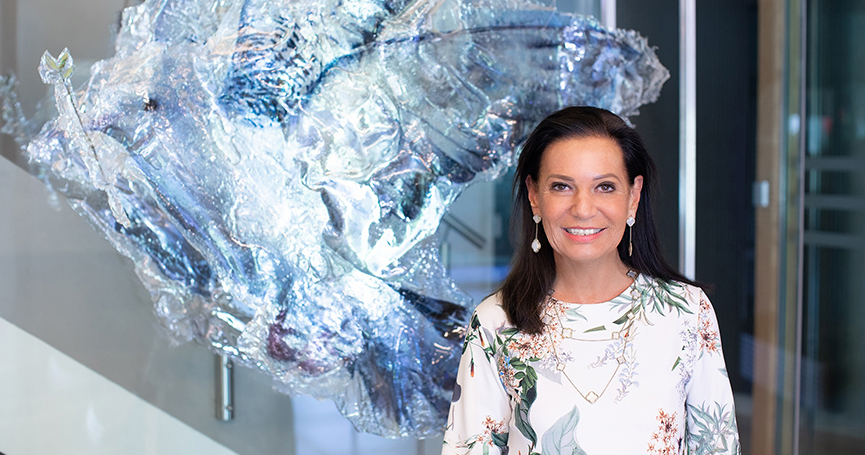 The event took place on the territory of the Living Tomorrow innovation inspiring art space. The opening of the ‘TIME CODE: THE VALUE OF MEMORIES – VISION FOR FUTURE’ exhibition of contemporary art participated by famous artists from different countries of the world was timed to coincide with the Summit. 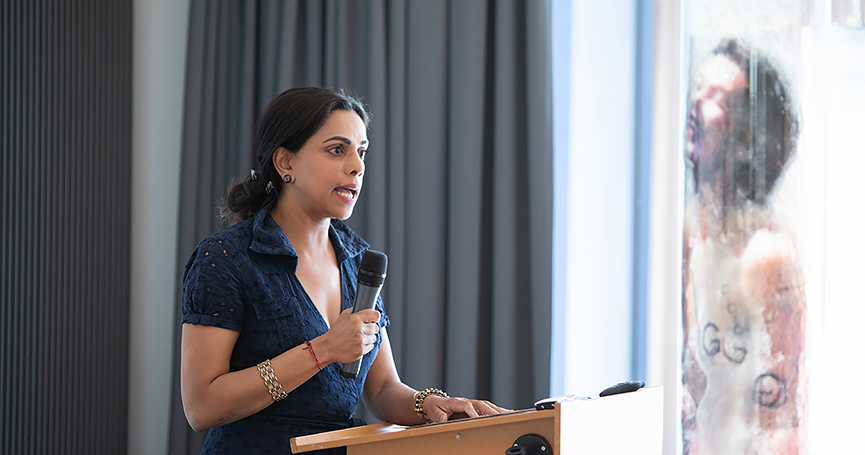 Many of the authors personally arrived to present their projects. They included Paul Van Hoeydonck, author of ‘Fallen Astronaut’ mini-sculpture, the only artwork delivered to the Moon. Other participants of the cultural programme included Ulrike Bolenz, German-Belgian artist, and Concetta Spitaleri, Italian floral artist. Kaixuan Feng and Louisa Burnett-Hall presented their original art objects. Iwona Malevicz, who is a grandniece of Kazimir Malevicz actively working on preservation of the legendary artist’s heritage, became one of the Summit guests. 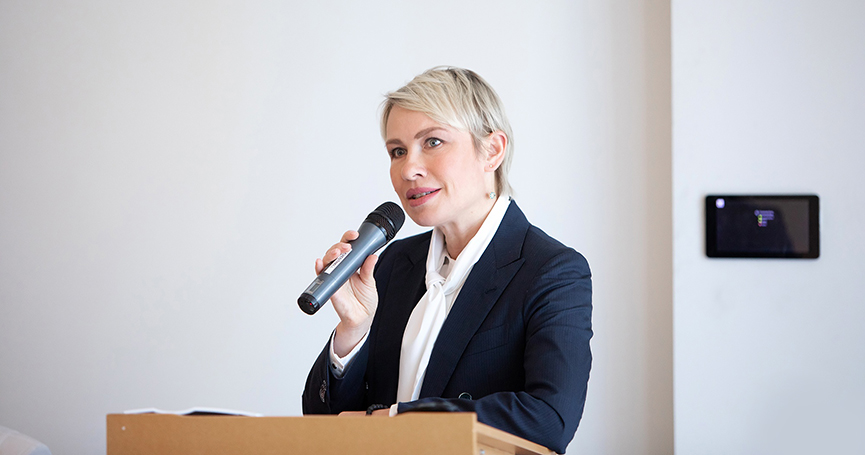 The cake baked by Michael Lewis-Anderson, cake designer to the Belgian royal family, conquered the hearts of women. Mr. Lewis-Anderson told about his creative activities in detail and personally conducted a tour of Brussels for the Summit participants. 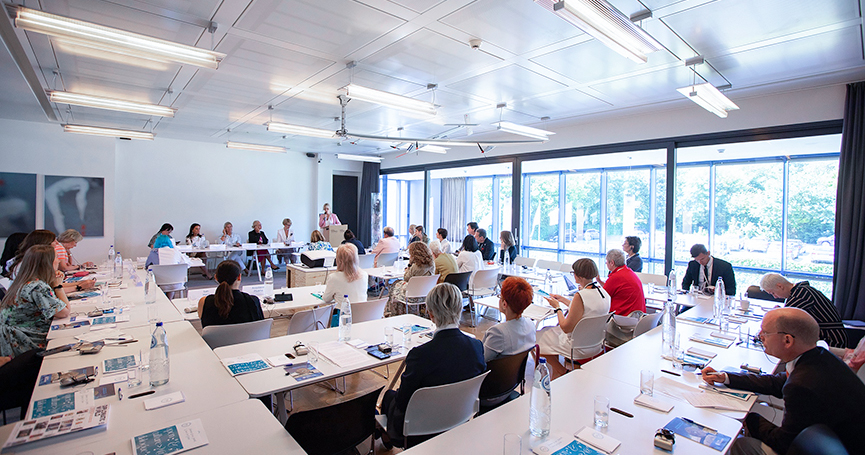 A visit to the Universitair Ziekenhuis Brussel Hospital where children with oncological diseases receive treatment within the Space Suit Art Project charitable initiative was an important part of the programme. The children painted their dreams on a space suit. The space suit was later launched into space. The project was jointly initiated by such charitable organisations as Space for Art Foundation (the USA) and Unity (Russia) in partnership with NASA and Roscosmos. 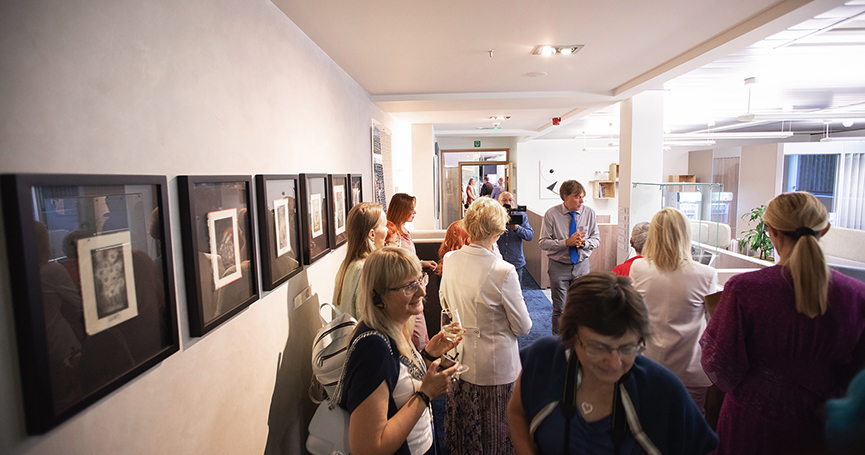 After several hours, the Summit participants not only found a common ground but also became a real team. Every participating woman contributed to the event’s organisation. For example, Martina Zografski (Germany) is a person with charity being an integral part of her life. She managed to surround all P50 participants with attention and care and even prepared a pleasant surprise for women whose birthdays coincided with the dates of the Summit. 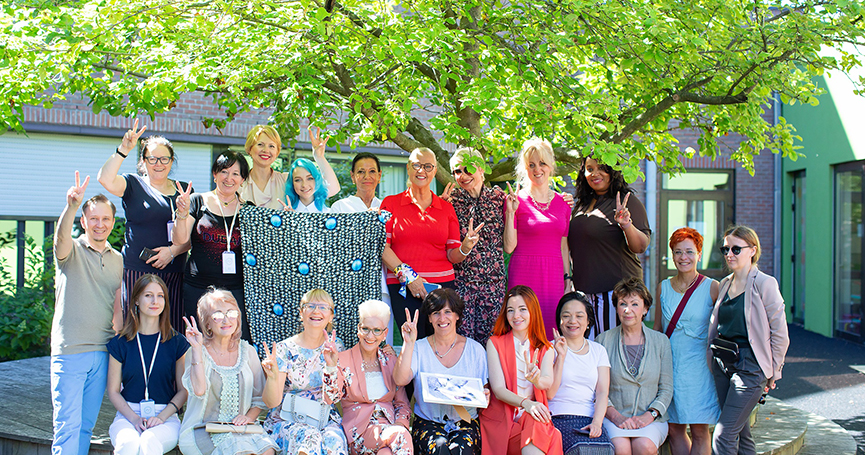 The Summer Peace Summit united women who are very different. However, they are alike in their energy, kindness, wisdom, and desire to improve the world. It was clear from the very start of their communication: their collaboration was only in its beginning but already promised to be very fruitful.